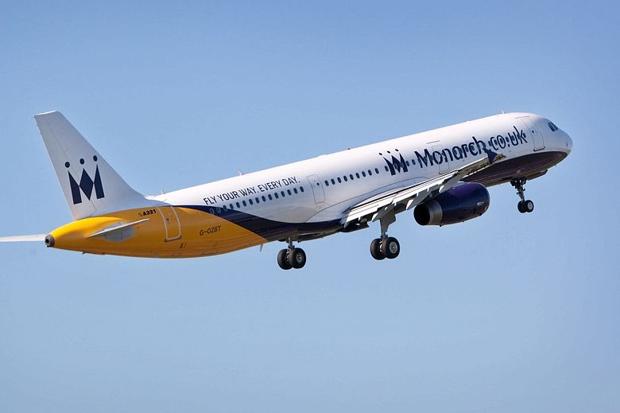 The parent company of Monarch Airlines has returned to the black two years after a bailout by its Swiss owners and has vowed to lure holidaymakers away from Europe’s budget airlines by offering a less “stressful” travelling experience.

Monarch Group, which owns Cosmos Holidays and an aircraft engineering business as well as its eponymous airline, revealed today that it expects pre-tax profits in the “mid-teen” millions for the 12 months to October – a dramatic improvement on losses of £33 million in 2012 and £70 million in 2011.

Owned by Switzerland’s billionaire Mantegazza family, Monarch has cut its annual running costs by £52 million, partly by retiring older aircraft and cutting out unnecessary weight on planes to save on aviation fuel. Its annual revenue has risen 16 per cent to £961 million.

Iain Rawlinson, executive chairman, said he believed travellers were tiring of an austere battle for do-it-yourself holidays with rock bottom fares and, instead, wanted better service both on board planes and at airports.

“Travel has been purely price-driven for a number of years,” he said. “That period is over. Now the quality of delivery is a more important priority for customers.”

Monarch, which carries seven million passengers annually to 38 tourist destinations mainly in the Mediterannean, boasts that it has more staff at both departure and arrival airports to help its customers, who tend to be infrequent travellers. It serves hot meals on board and it looks after travellers when schedules go awry.

Quality of service has risen up the agenda in the aviation industry. Frustration with inflexible ticketing, unexpected surcharges and unhelpful service has boiled over at Ryanair, where chief executive Michael O’Leary recently admitted he needed to scrap policies that “unnecessarily piss people off”.

Tim Williamson, Monarch’s marketing director, mocked Ryanair’s efforts to change: “Having service in a business isn’t something you suddenly switch on and off. Service is about culture – it’s in the DNA of a business.

“Just because shareholders tell you that you suddenly need to start looking after customers, I don’t think you suddenly can.”

In 2011, Monarch’s Swiss owners injected £75 million into the business after the carrier was pumelled by soaring fuel costs and the Arab Spring, which disrupted flights to Middle Eastern winter sun destinations. The bailout was the second in two years – in 2009, the Mantegazzas had pumped in £45 million of capital.

Monarch said it was not yet ready to pay a dividend to its owners and Mr Rawlinson insisted that a flotation was not on the agenda: “There are no plans to IPO. What shareholders see is the prospect of a very good return from the support they gave the business in 2009 and 2011.”

The airline is planning to expand its fleet by placing an order for 60 new planes in the first quarter of 2014, either from Airbus or Boeing. Some of these will be replacing the carrier’s older aircraft, while others will provide additional capacity for extra flights, principally to add extra frequencies to existing routes.

Phil Boggon, head of Monarch’s tour operation division, claimed that do-it-yourself holidays on low-cost airlines were falling out of vogue: “The novelty of self-packaging is wearing off. People are realising that it can be quite tedious and time-consuming to self-package. The focus is returning to service.”