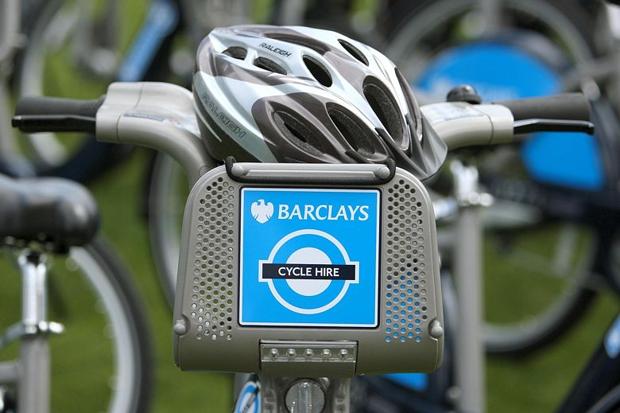 The light blue Barclays branding on Boris bikes has become synonymous to Londoners but the bank that famously has its logo splashed on thousands of bicycles in the capital is to stop sponsoring the scheme from 2015.

Barclays was expected to continue its association with the London Mayor’s bicycle hire scheme, which was introduced in 2010, until the original agreement came to an end in 2018. The bank’s early withdrawal means that it will only have paid half of the £50 million it had been expected to cough up.

Barclays told The Guardian that the decision not to commit to sponsoring the scheme beyond 2015 was part of a wider review of its commercial partnerships that were undertaken by Bob Diamond, its former chief executive.

It is understood that both the bank and Transport for London (TfL) mutually agreed against “an option to extend” the current contract.

Graeme Craig, director of commercial development at TfL, said that “Barclays has not pulled out of a Cycle Hire sponsorship deal” and that is was simply part of the contract winding down before the “cycle sponsorship portfolio will fundamentally change”.

Mr Craig added: “Cycle Hire will become part of a much wider and larger cycling sponsorship offer encompassing Cycle Hire and the major new commitments made in the Mayor’s Cycling Vision – new flagship segregated routes through the heart of London, new ‘Quietway’ backstreet routes, along with cycle training and potentially other forms of active travel.

“The Cycle Hire scheme will be fully integrated with our plans for pay-as-you-go contactless card payments, making it a fully joined up part of the transport system.”

Barclays could not be reached for comment at the time of publication.