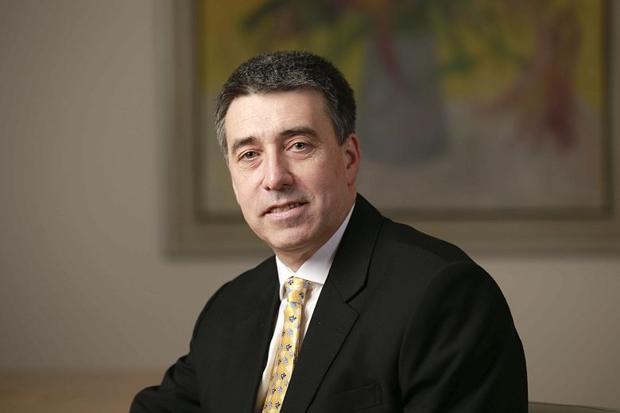 Shares in Royal Bank of Scotland fell 2 per cent this morning in reaction to the surprise resignation of its finance director after only ten weeks in the job.

Analysts questioned whether the sudden departure of Nathan Bostock would hamper RBS’s restructuring plan, under which it is trying to sell its US division, shrink its investment bank and improve returns in retail banking.

With Mr Bostock leaving for rival Santander, RBS has to fill several senior management positions. As well as recruiting a new finance director, it has to find a new head of retail banking, a job previously held by Ross McEwan, who has stepped into the chief executive’s seat, and must also name the person who will run its £38 billion “bad bank”, which will be created in January with a mission to wind down RBS’s problem loans more quickly than previously planned.

The 82 per cent taxpayer-owned bank is scrambling to fill the roles during one of its most difficult periods since the financial crisis. The Financial Conduct Authority is investigating whether RBS systematically defrauded small business customers when they were in distress by forcing them into its restructuring division, charging them excessive fees and making them sell their property to its own land bank at a discount. If the regulator finds evidence of wrong-doing, RBS or senior employees could be fined, professionally banned or even face criminal sanctions.

RBS is also battling with a flair up of its IT problems, which left millions of customers unable to access their cash last week on one of the busiest pre-Christmas shopping days.

It must also find a way to implement the plan it agreed with the Government last month to sell Citizens in the US, make further cuts to its investment bank while retaining the parts that are useful for its corporate customers and improve service at its retail bank while cutting costs there. Also on the agenda are a shake up of its loss-making Irish operation, Ulster, and the flotation of the Williams & Glyn’s challenger bank that is being split from RBS in return for its £46 billion of state aid during the financial crisis.

Sandy Chen, an analyst at Cenkos Securities, said: “The main question is whether or not Mr Bostock’s departure will derail this final phase of RBS’ restructuring. We think [OK-hope] it won’t.”