We see buses every day, red ones, green ones, white ones and multicoloured ones, all transporting passengers around the suburbs and countryside. What happens to the old buses? Some people see them as an opportunity by giving the humble bus a new identity and operating successful BUSinesses!

If you have a bit of daring, some knowledge and a bit of money, you can transform a bus into whatever business you want. Together with Stagecoach, we show you how these entrepreneurs sold more than just bus fares on their buses! Here are some of the best examples from around the UK and the world.

Oliver Kemp, a businessman from East Yorkshire, created BEDROAM – a functional mobile hotel for use at events such as festivals. The bus features 18 luxury sleeping pods, two bathrooms and an outdoor space.

His creation and innovative idea was featured on the television show Amazing Spaces. On the other side of the world, in Australia, a bus was converted into a homeless sleeping shelter. 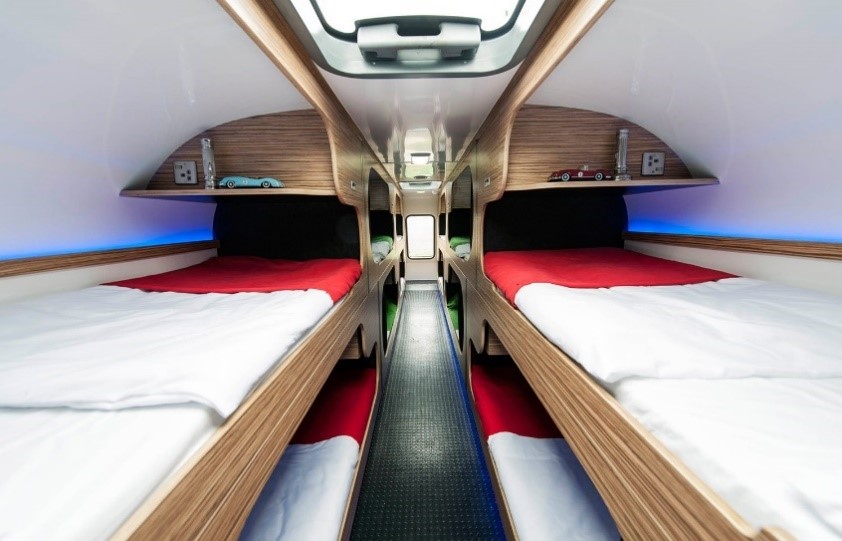 Not everybody loves going to superstores and fashion shops to do their shopping. Lesley Tindle had an idea to convert an old Fiat bus into a mobile shopping boutique. It has a few mods inside that enables it to display stock and to transport her goods all over the UK to sell directly from her bus. 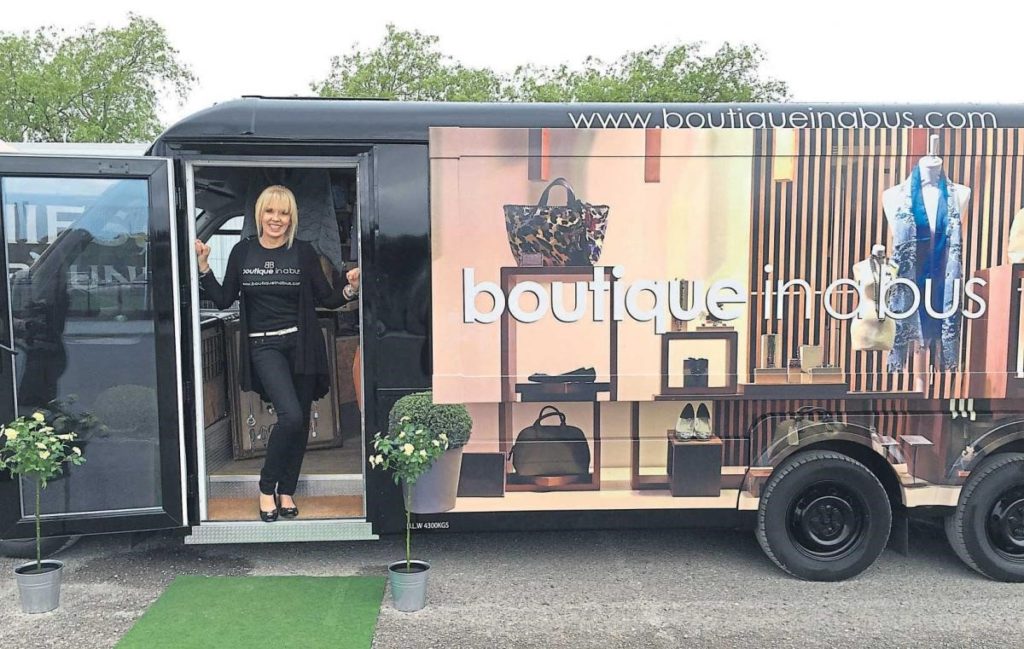 It’s only your imagination that limits what you can do when it comes to bus conversions. Rishi Chowdhury converted a double decker bus into ‘IncuBus’, a business incubator that cost the price of a bus fare to use. It’s been a great help to people wanting to start a business but not having office space or the capital to invest in an expensive office. It has the capacity to host up to five start-ups at any one time. 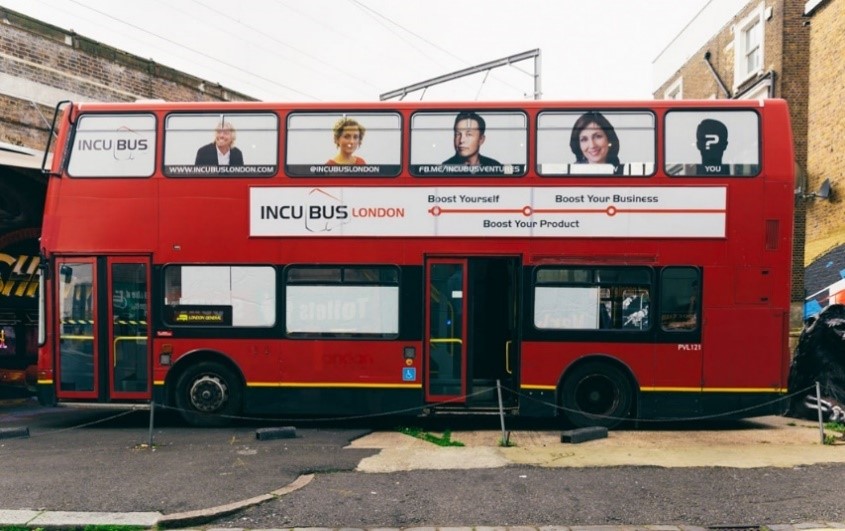 The only way we can promote drinking and driving is to recommend you take the Bar Bus called ‘Leyla’ to enjoy a drink while riding in a bus. David Humphreys and Alex Robinson spent around 60,000 converting a 1966 Leyland Titan into a fully equipped bar, complete with a lounge area upstairs. It is run as a private hire event attraction. 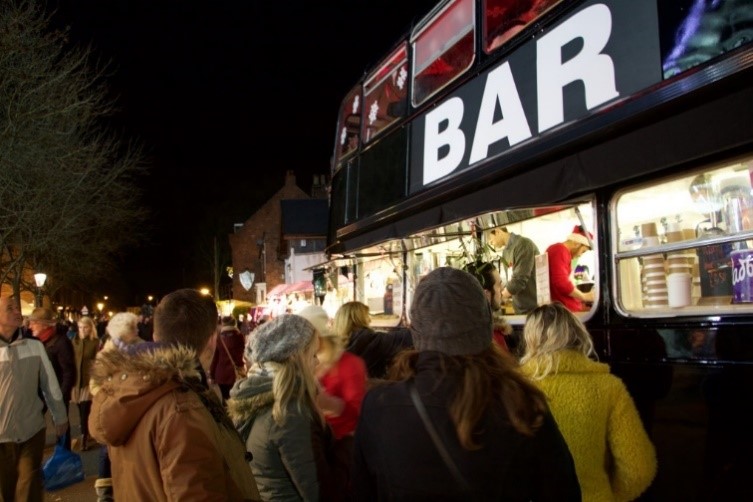 The Party Bus, a creation by Russian, Alexander Berest, is a VIP party bus which is paid for per person, per night, driving around the city serving drinks and allowing revellers to dance. UK buses take revellers from one location to another. The Party Bus IS the destination!

An additional consideration when setting up a bar business in a bus is having to get a licence to sell liquor.

For a meal with a difference, dining in a restaurant bus has become very popular, and there are a few about these days to cater for the customers. These days restaurants are coming up with fancy ways like modular restaurants (see https://bmarkostructures.com/modular-restaurants/ for reference), restaurants on wheels, and so on to serve food innovatively to their clients. Similarly, the concept of the restaurant bus has been refreshingly new. There have been a number of bus restaurant conversions in the UK – though one of the most popular is the Crust Conductor, which serves pizzas in its 34-seater restaurant. As a mobile business, it can visit festivals and food events but is primarily housed in London. 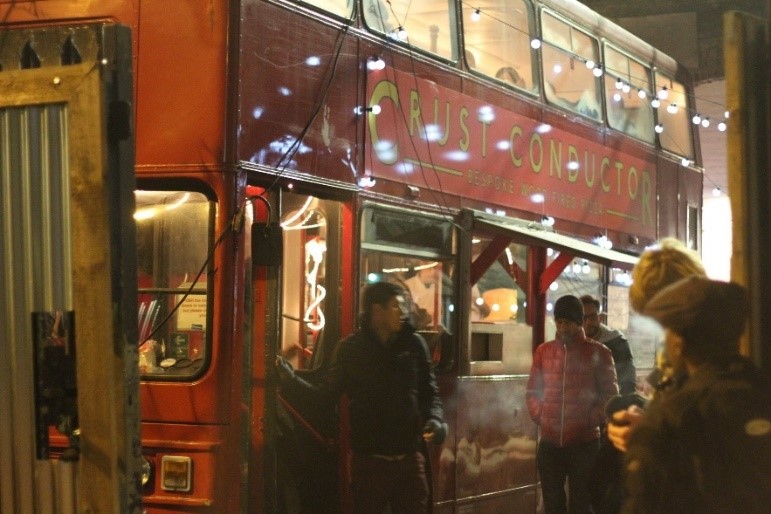 Having a mobile workplace is worth considering. There are many buses of different sizes and shapes available with which to do conversions. Just a bit of imagination and some creativity and you could have a very popular business. However, with most people’s renovations costing upwards of 30,000, you’ll need plenty of investment behind you. Crowdfunding, anyone?