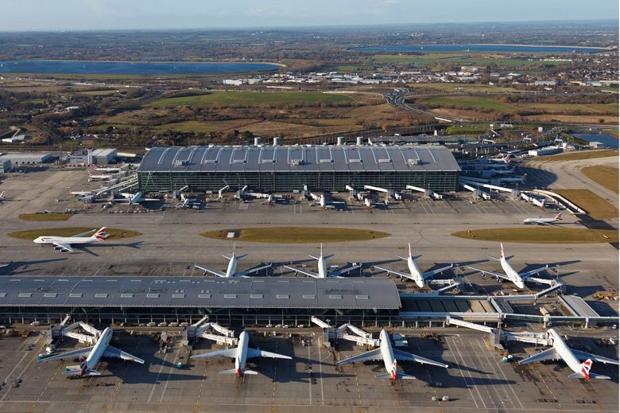 The closure of Heathrow in favour of a new hub airport to the east of London would cost up to 250,000 jobs and turn the most prosperous region outside the capital into an economic wasteland, a report claims today.

Clusters of high-tech industry in the Thames Valley, including information technology and telecoms companies, may chose to relocate to other European countries, rather than move to the Thames Estuary, it claims.

The warning comes as Sir Howard Davies, head of the Airports Commission, prepares to publish next week a shortlist of options for new runways for London. The Government wants Sir Howard to postpone naming his favoured option for growth until three months after the next election in 2015.

Three councils close to the country’s only hub airport commissioned independent consultants to assess the likely impact on jobs if Heathrow was closed — an option put forward by Boris Johnson, the Mayor of London.

Their report found that in the London boroughs of Hounslow, Ealing and Slough up to 70,000 jobs would be lost. Parsons Brinkerhof and Berkeley Hanover Consulting calculated that Heathrow employs 84,000 people directly.

An additional 11,000 work for suppliers of goods and services to Heathrow. A further 18,600 jobs depend on the expenditure of income from those two groups. The economic expansion generated and retained by the airport and the international air links it provides are responsible for a further 250,000 jobs, the consultants claim.

Mr Johnson says that too many people would suffer unacceptable noise pollution if Heathrow were allowed to build additional runways. He argues that the only long-term solution to the country’s aviation needs is to build a four-runway hub to the east of the capital so that jets no longer have to land over the most densely populated part of the country.

Mr Johnson says that Heathrow should be closed and the site turned into a new London borough with 250,000 homes. The 1,220-hectare site would be transformed into a residential and commercial neighbourhood with 40,000 new jobs, he claimed.

Even though Ealing and Hounslow councils are against new runways at Heathrow, they say that closing the airport would devastate the area and surrounding communities.

Colin Ellar, the deputy leader of Hounslow Council, said: “Sir Howard Davies and his commission colleagues need to take into account the economic wasteland they would create for employment if they go with the nuclear option of a brand new estuary hub.

“At a time when the UK’s economic recovery is in its fragile infancy and needs to be nurtured, it would plunge West London into a new recession from which it might never fully recover. The commission has to sit up and take notice of the dire consequences for our local economy, as well as regional and national impacts.”

James Swindlehurst, the deputy leader of Slough Borough Council, said: “Slough’s prosperous local economy is heavily reliant on the connectivity provided by Heathrow, with between a quarter and a third of our local population relying on jobs here because of the airport.

“Slough sits at the heart of the UK’s most prosperous region outside London, and any threat to Heathrow as an international hub airport would be a reckless act; putting jobs at all levels and from all sectors in our town at risk.”

The last Labour Government approved construction of a third runway at Heathrow and a second runway at Stansted but the Coalition Government overturned the decision during its first days in office.