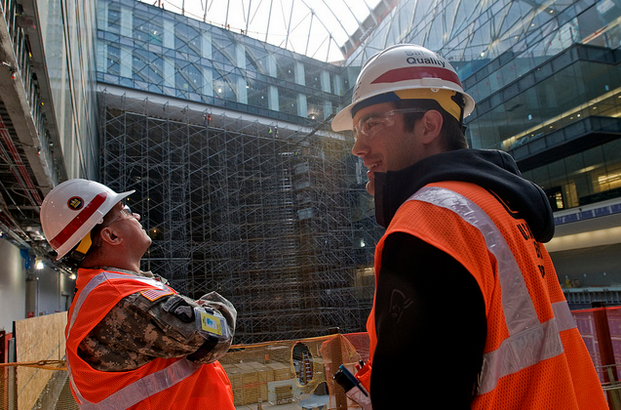 US Army Corps of Engineers

STEM subjects, those in the fields of science, technology, engineering, and maths, are popular choices for careers. Many students choose to take these subjects for their bachelor’s degrees, and even to go on to further education. Jobs in STEM areas tend to come with reasonably impressive salaries. But there are several areas where you can expect to make a lot more than others. Many of the highest paying roles relate to the oil and petroleum industry. But you can also find them in major corporations, especially in the technology sector. If you’re thinking about going into the sciences, but you’re worried about your salary prospects, check out some of these high-paying roles.

In the US, petroleum engineers earn more than any other STEM graduate role. It’s no surprise that a job relating to the oil industry pays big bucks. To go into this profession, you’ll need a bachelor’s degree in a relevant subject. These include physical, mathematical or applied science and engineering. Some that might help you to access the career are astrophysics and civil engineering. You can also learn petroleum engineering by taking a degree in the subject. But recruiters will also look for people from other specialisms. Petroleum engineers exist in different groups, including geologists, reservoir engineers, and drilling engineers.

High salaries are often given in roles in the energy sector. Nuclear engineers are responsible for the safe running of power stations. They could do anything from designing and building new plants to supervising technicians. There are several degrees that will help you go into this career, including chemical engineering, physics, and maths. After graduating, you may be able to get onto a graduate training scheme to help you begin your career in the industry. These projects are run by large employers looking to recruit new talent in a sector with a shortage.

You’ll do well with an engineering degree, especially if you choose to go into a particular specialism. If you’re interested in ships, boats, underwater crafts and offshore platforms, you might want to consider being a marine engineer. You can take a course in marine engineering or marine technology. You can also study naval architecture of offshore engineering. Many people choose to train as an engineer with the Royal Navy or the Merchant Navy for more on-the-job training. Some apprenticeships are also available with commercial companies.

This position in the technology sector involves working with computer systems to ensure several different things. The role includes overseeing installation and making sure backup systems work correctly. It also includes providing IT infrastructures and much more. If you have a degree in computer science or related qualifications, you could be earning one of the highest salaries in the STEM industry. Before reaching the position of manager, you’ll need to gain experience in the sector.

Many people don’t stay in the sciences after obtaining their degree. If you decide to pursue a career related to your qualification, you could be facing less competition.