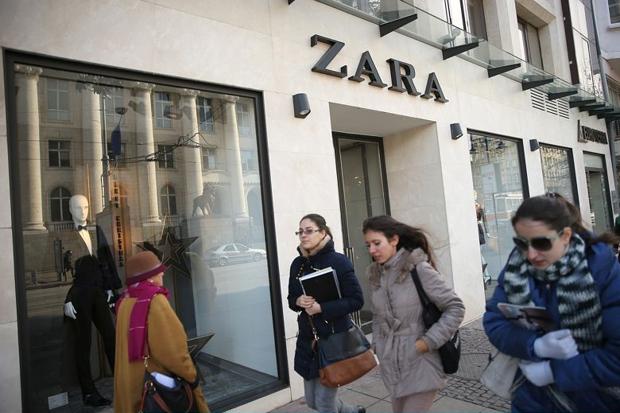 Sales at Inditex jumped by 10 per cent in the six weeks since November 1 as the Zara owner reported flat profits today.

The final quarter, which takes in the Christmas spending rush, is crucial for retailers and companies which are hoping to benefit from Europe’s economic recovery, especially in Inditex’s home country of Spain.

The world’s largest clothing retailer, which has more than 6,000 stores worldwide, said today that net profits for the nine months to October 30 rose 1 per cent to €1.67 billion (£1.39 billion).

However, the result was just short of the €1.7 billion expected by analysts, which Nick Bubb, an independent retail analyst, said reflected the fact that Inditex had “not quite managed to shrug off weak consumer spending” in Europe.

Growth for Inditex, which also owns brands including Bershka and Massimo Dutti, has been held back this year due to currencies in some of its 86 markets falling against a stronger euro.

It has also found it difficult to exceed last year’s performance, when the company’s ability to rush small ranges to its stores using a slick supply chain worked particularly well.

Inditex employs almost 125,000 people worldwide and said it had created some 8,700 jobs during the past 12 months.

The company continued to expand its online platforms, introducing websites for five brands in Russia. Zara will be available online in South Korea and Mexico next year.

Inditex shares rose 1.5 per cent to €114.25 in morning trading in Madrid. The stock has risen by almost 17 per cent over the past six months.