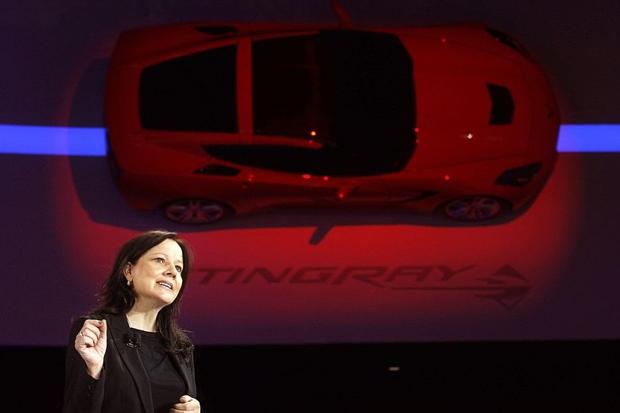 For as long as anyone can remember, motor manufacturers have been dominated by “car guys” — industry lifers with petrol in their veins — but that changed yesterday when General Motors named Mary Barra as its new chief executive. She is the first woman to head a big automotive group.

The ultimate “car gal”, Ms Barra, 51, has worked with GM for her entire 33-year career, mostly as an engineer.

Her appointment has been heralded as a breakthrough for an industry that has tried and failed to entice more women into its ranks, despite the fact that women make 80 per cent of all car-buying decisions.

For GM, which has had a long run of chief executives with financial backgrounds, the choice of an engineer to fill its top role symbolises a return to basics at precisely the time it starts to stand on its own two feet again. Having narrowly escaped collapse in 2008-09 thanks to a $50  billion government bailout, the company is profitable once again. This week the US Government sold its last remaining stake in the company for a total loss of $10.5 billion.

“I’ve been in the industry for 30 years and never thought I would see this day. Women throughout the entire industry will be cheering”, Michelle Krebs, a senior analyst with the market researcher Edmunds.com, said. “This industry is good at developing women but it’s no good at keeping them. So many leave for CEO jobs in other industries.”

She added that Ms Barra, who is married with two teenage children, was known as decisive and tough: “She’s had to be. She came up through the manufacturing ranks.”

Ms Barra once told Forbes magazine that that being a “car gal” rather than “car guy” had never stood in her way, adding: “It’s about no-kidding results.”

GM runs in Ms Barra’s blood. Her father was a die maker for the company for 39 years. She began her career with the company at 18, combining an electrical engineering BA at the General Motors Institute (now renamed Kettering University) with stints on the shop floor. She went on to earn her MBA at Stanford as a GM Fellow.

She becomes chief as six of GM’s 24 car and pick-up truck brands have been nominated for industry awards. Yesterday she said she was honoured to be promoted amid the group’s “strongest financial performance in our recent history”.

Ms Barra was the front-runner to replace Dan Akerson, who has brought forward his retirement by several months to January 15, after his wife was recently discovered to be suffering an advanced stage of cancer.

However, she faced competition from internal candidates, including Steve Girsky, the vice-chairman, who was charged with restoring the company’s shaky European fortunes.

The shake-up at GM comes amid other possible changes in the industry. Alan Mulally, the chief executive of Ford, has been tipped as a possible replacement for Steve Ballmer at the helm of Microsoft.