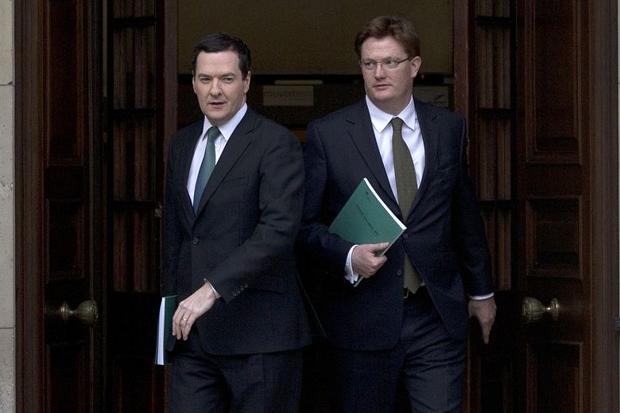 The motivation behind the Chancellor’s announcement last week of plans to raise the state pension age was laid bare yesterday when it emerged that, 50 years from now, the Government will have to spend four times as much as it does at present to support pensioners.

Illustrating the havoc that an ageing population is wreaking on the public coffers, the Office for National Statistics calculated that the total cost of state pensions, including pension credit and the winter fuel payment, will rise from £94 billion to £438 billion by 2063.

Its figures were produced before George Osborne said in the Autumn Statement that the state pension age would rise to 70 for men and women by the 2060s, which should reduce the cost.

An estimated five million men and 7.3 million women are over the state pension age, according to the ONS. About 80 per cent of male pensioners receive the full state pension, compared with 46 per cent of female pensioners. This was mainly because many women failed to build up a full basic state pension because of broken work histories and part-time working. Some women claimed pensions through their husbands rather than in their own right.

Separately, a joint report from the CBI and Standard Life showed that seven out of ten businesses said that the cost of running a defined benefit pension scheme was stifling investment, with eight out of ten manufacturers saying that it was affecting their plans.

The survey of 226 chief executives and directors of companies with £362.2 billion of pension assets under management found that more than a third of businesses believed that getting auto-enrolment right must be the top priority for the Government before the general election in 2015.

Research from Clifton Wealth highlighted a lack of understanding and preparation for auto-enrolment. About half of business-owners claimed that they did not understand what auto-enrolment was, while 82 per cent of respondents had no “ball-park” cost of it for their companies. The policy, under which employees are enrolled automatically in their company pension schemes and have to opt out to stop saving, was introduced by the Department for Work and Pensions last year.